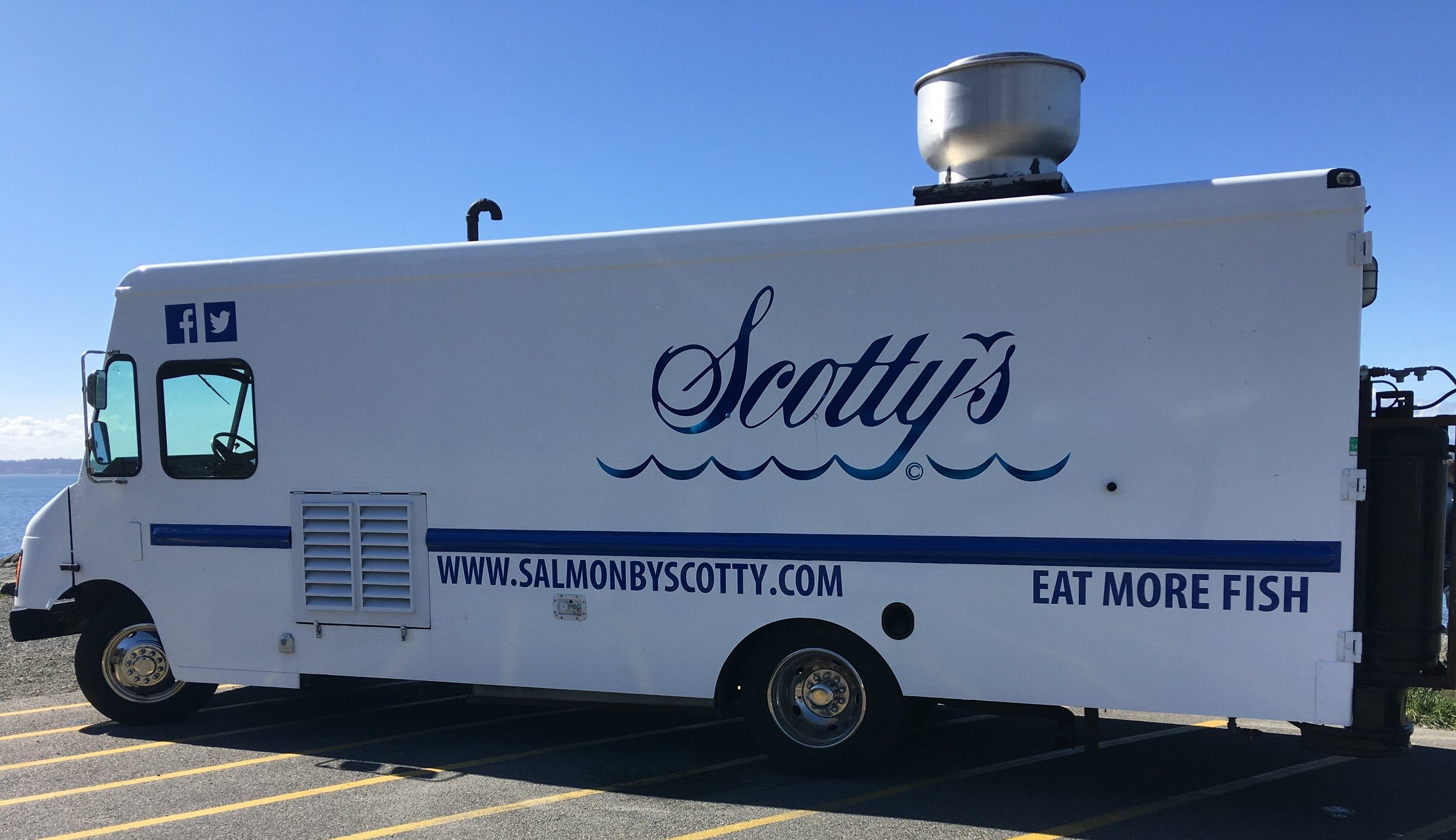 Chef Scotty has been working as a Chef and Caterer in the Seattle area for over 25 years.

Chef Scotty was born in Japan and spent many years living near the Mediterranean coast in Turkey. A local village fisherman would take him out early in the morning to pull in nets bringing fish back to clean and prepare with locally grown produce.

Chef Scotty was hand-selected as the Executive Chef to open the iconic Salty’s on Redondo and continued as Executive Banquet Chef at Salty’s on Alki until 1997.

Scotty and his wife Cindy participate in various festivals in and around Seattle including, Sorticulture, Bellevue Art Museum, Issaquah Salmon Days and Edmonds Art Festival.. These festivals have garnered several awards including Best Entrée for the famous Blackened Salmon Caesar Salad.